The upper layer of concrete is composed of concrete panels of certain thickness, which has the nature of thermal expansion and contraction. Due to the change in temperature throughout the year, the concrete slab will produce different degrees of expansion and contraction. And in a day and night households, the daytime temperature rises, the top surface of the concrete slab temperature is higher than the bottom surface, this humidity slope difference will cause the middle of the panel protrusion. At night the temperature decreases, the top surface of the concrete slab temperature is lower than the bottom surface, will make the plate around and corner corner buckling. These deformations will be subject to the frictional resistance and bonding between the panel and the foundation, as well as the self-weight of the plate and wheel load, etc. constraints. Resulting in excessive stresses in the panel, causing fracture or arching damage to the panel. Cracks caused by warpage, then in the crack after the occurrence of the two plates divided by the body is not yet completely separated, but also has the ability to transfer the load, if the plate body temperature decreases uniformly caused by shrinkage, it will make the two plates pulled apart, thus losing the ability to transfer the load. 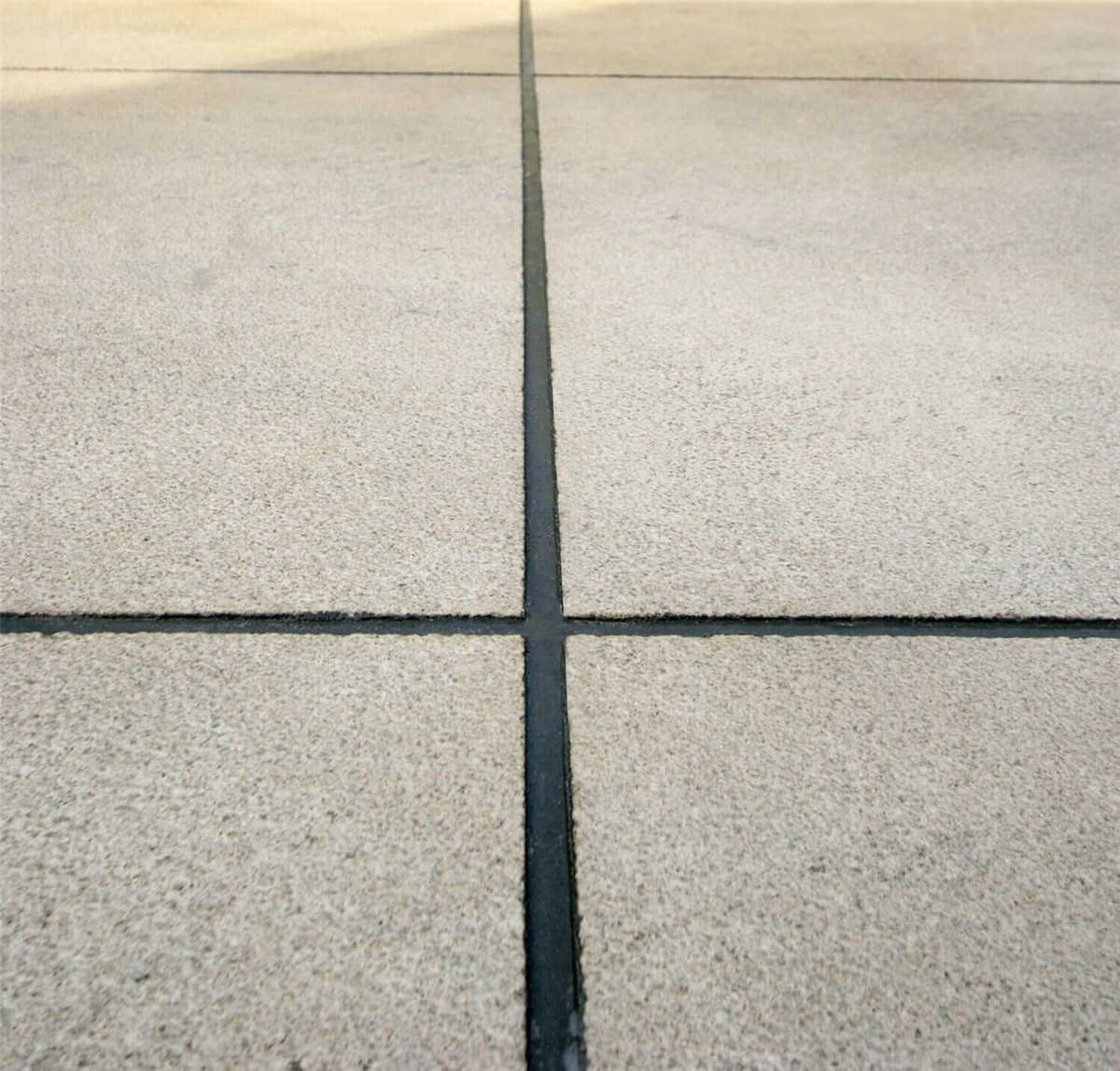 The joint design should be able to

the longitudinal joints and their structure

When the width of a paving is greater than 4.5m, additional longitudinal indentation joints should be provided. The longitudinal indentation joints can be false joints plus tie rod type, and its structure is shown in Figure 2-8-7. The tie bar is set to prevent the slab from lateral displacement to enlarge the gap, and the tie bar should be set at 1/2 of the slab thickness; the slot door set at the upper part of the indented joints should be cut with a seam cutter or vibrated with wooden strips when the concrete is poured and reaches a certain compressive strength (6.0~12.0MPa for crushed concrete and 9.0~12.0MPa for gravel concrete) in general. The depth of the slot door should be moderate, too shallow, the strength of the concrete section weakened enough, thus not ensuring that later cracking occurs in the joint position; too deep, the irregular fracture surface area is too small, the joint load transfer capacity is reduced. According to experience, the depth of the slot is generally 1/4-1/5 of the plate thickness, and the width of the slot is as narrow as possible according to the construction conditions, usually 3~8mm.

Due to construction conditions and other reasons, when the paving width is less than the width of the pavement needs to be divided into two or more pouring, then the longitudinal construction joints should be set. The longitudinal construction joints can be divided into two forms: flat joints and enterprise joints according to their construction: generally flat joints, and should be set in the center of the plate thickness ties to prevent the joints from opening and the plate up and down misalignment. According to the practical experience at home and abroad, the enterprise seam is easy to produce damage.

the horizontal joints and their structure

At the expansion joint, the concrete panel is completely disconnected, so it is also called a true joint. The purpose of setting expansion joints is to provide elongation margin for the expansion of concrete slab, so as to avoid excessive thermal stress. The expansion joint must run through to the end, with vertical walls: the width of the joint is 2.0-2.5 cm, and a force transmission bar is set in the center of the slab thickness. More than half of the force-bearing rod should be coated with asphalt or plastic sleeve, and a small sleeve of 10cm in length should be added, leaving a gap of 3cm between the bottom of the sleeve and the head of the force-bearing rod (filled with yarn). Its lower part is equipped with jointing board (wooden board coated with asphalt), and the upper 3~4m range is filled with caulking material for sealing. The expansion joint at the junction with the structure or at the intersection with other highways, when it is impossible to set the transmission bar, can be used edge reinforcement type or thick edge type.

Setting up expansion joints brings inconvenience to construction. At the same time, due to the construction of improperly set transmission rod (not correctly positioned) or bad sealing joints and other reasons. The concrete slab at the expansion joint is often cracked and other diseases. Use of experience and observation data show that the expansion joint spacing shorter sections (100m below), in the use of the process often appears to increase the gap between the expansion joints, so that relying on the role of aggregate inlay lock joints load-transfer capacity is greatly reduced; and because the caulking material is difficult to maintain its effectiveness, gravel and other debris will be easy to fall into the seam, resulting in the joint area of the concrete in the expansion is blocked when the cracking damage, or arching. Less (increase the spacing of expansion joints) or not (only in the intersection with the structure) expansion joints, on the one hand, to facilitate the construction, on the other hand, to restrain the displacement of the plate. Reduce the gap between the joints, so that the load-transfer capacity increased, the wrong platform, cracking and arching and other diseases reduced. Therefore, expansion joints are only set up at the following occasions: adjacent to bridges or other fixed structures; at the junction with flexible pavement; at the change of slab thickness; at the mouth of tunnels; at the change of longitudinal slope of small radius flat curves and concave vertical curves. Expansion joints at adjacent structures should be set at least two according to the construction temperature. In addition to the above-mentioned positions, the expansion joints should be set up as little as possible, and the spacing can be determined according to the construction temperature, the expansion of concrete aggregate and combined with local experience.

Ties are shaped steel bars set on the longitudinal joints to prevent lateral displacement of the slab. Tie bar should use rebar, located in the middle of the slab

It should be located in the center of the thickness of the slab and should be rust-proofed within 10cm of the middle of the tie.

The purpose of setting force-transmitting rod is to ensure the load-transferring capacity of the joints and the levelness of the road surface, and to prevent the generation of diseases such as misalignment.

The force transmission rod is mainly used for transverse joints, using light round steel reinforcement. Due to the different roles played by expansion joints and contraction joints, the size should be different, with the former being larger. For the force-bearing cuttings located at the shrinkage joints, half of their length plus 5cm should be coated with asphalt or plastic sleeve, and the asphalt-coated end should be staggered in the adjacent plate; for the force-bearing rods located at the expansion joints, a set of sleeve should be added at the asphalt-coated end, leaving a gap of 3cm inside, filled with yarn or foam. The set end should be staggered in the adjacent plate amount of its outermost transmission rod from the joint or free edge of the distance is generally 15 ~ 25cm.

the cement concrete pavement and the connection of the structure

With the concrete pavement connection parts are asphalt pavement, bridges, culverts and channels, etc., the connection parts are different from – general road sections. These parts of the concrete pavement often occur jump phenomenon, seriously affect the speed and comfort and service life of the road. The reason is multifaceted, mainly due to the differences in these parts of the settlement.

The principle of prevention and treatment, one is to reduce the amount of settlement after the completion of the foundation of these parts; the second is to strengthen and improve the overall durability of the pavement.

Concrete pavement and bridge connection, according to the road grade, use requirements and local experience to choose the following or other appropriate measures.

Structures across the road

In order to prevent the road surface above the crossing structures such as culverts and so on from lateral cracks, misplaced and jumping, the concrete panels on the top and both sides of the structure within the appropriate range should be reinforced with steel mesh, or reinforced concrete panels.

For box-shaped structures, when the distance d from the item surface to the bottom of the plate is less than 80cm, the top surface and the concrete panels within 6m on each side are reinforced with steel mesh. When d is less than 30cm or embedded in the grass-roots level, a double layer of reinforcing steel mesh should be used. The reinforcing steel mesh is laid at 1/3~1/4 of the slab thickness from the bottom and top of the slab respectively. The reinforcement is 10~12mm in diameter, with longitudinal reinforcement spacing 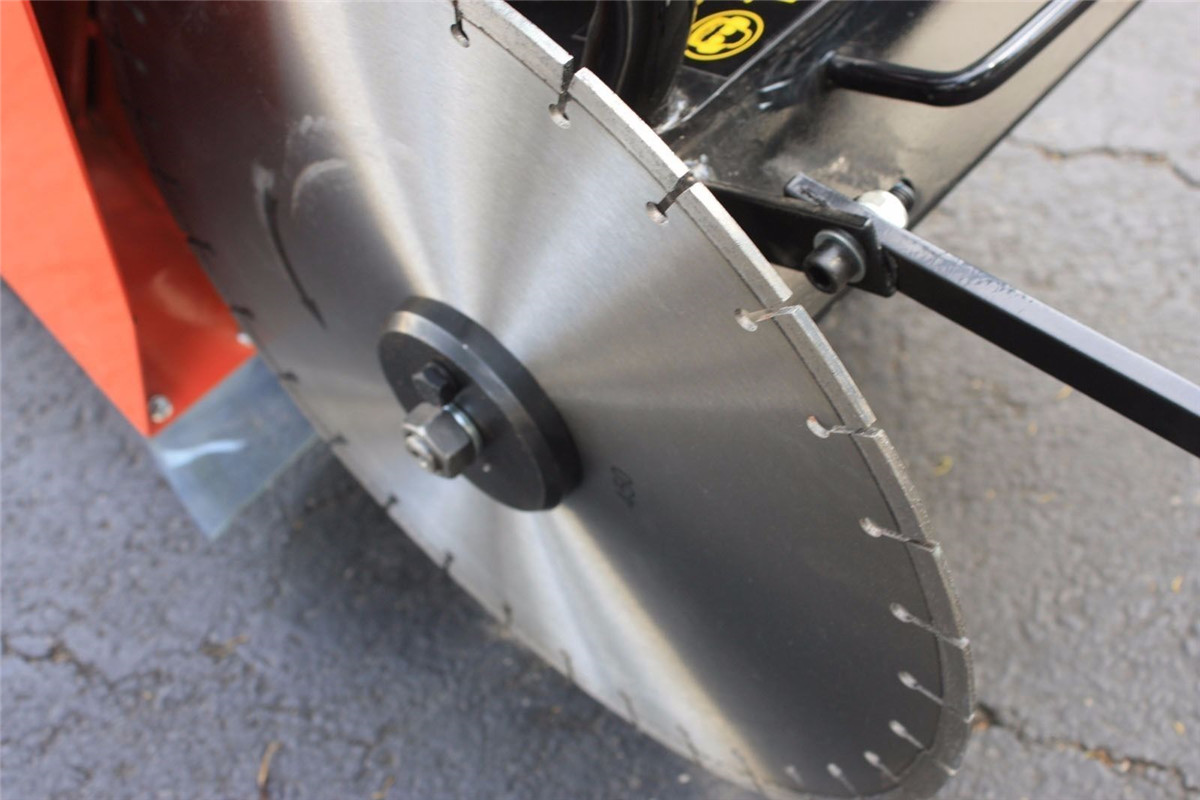