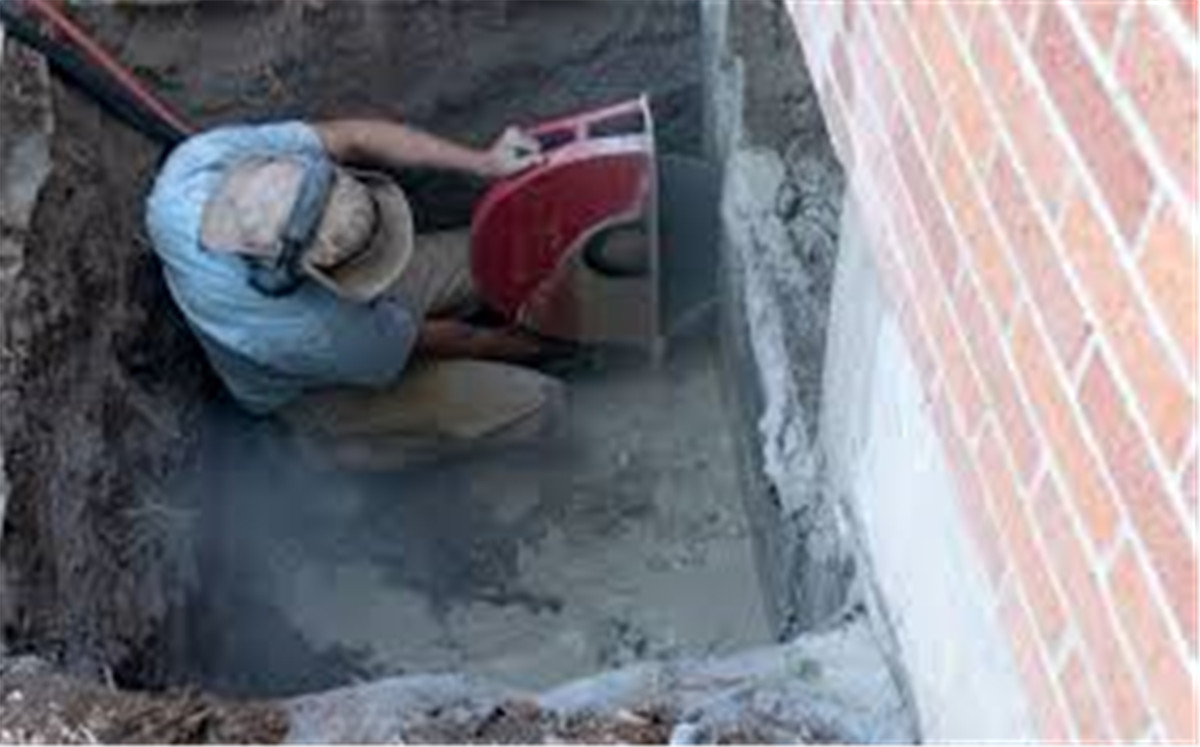 The cement concrete road surface thickness is 28cm, the slab size is 4.5m×5m, choose 425 ordinary silicate cement, gravel concrete, mixing station centralized mixing, vibe consistency between 25 ~ 30s, belong to super dry hard concrete. The construction season is from the end of september to the end of november, with less rainfall, and the temperature drops more significantly after the middle and end of october, with a temperature difference of 8～10℃ between day and night, and an average temperature of 10～15℃.

Research on the timing of mold removal

The control of the earliest demoulding time is mainly to avoid various damages such as dropped edge, dropped corner and adhesion of concrete road surface in the demoulding process, and the later the demoulding is, the higher this safety factor is. Against the temperature of the project area, in mid to late october, it should be removed 60 hours after the concrete is formed. If the joints are cut after mold removal, due to the large temperature difference between day and night, there is a possibility that shrinkage cracks will already appear on the concrete road surface, causing irregular pulling and cracking of the concrete slab, resulting in very serious structural damage, and in order to avoid this risk, the joints must be cut without mold removal. However, it is difficult to cut to the edge of the slab when cutting joints without demoulding, therefore, the cut joints without demoulding are usually left 20-30cm near the edge of the slab without cutting, to be cut after demoulding. If the construction environment temperature difference is small, the practice is okay, if the environment temperature difference is large, false seam cutting at the lower part of the road panel is prone to local fracture, at this time, the uncut plate edge parts due to stress concentration will appear plate edge plate corner fracture damage. Obviously, too late to remove the formwork resulting in structural damage to the road surface is not desirable.

To scientifically determine the best time to remove the mold, in 10.25 ~ 10.26, the average day and night temperature of 14.5 ℃, respectively, after the concrete molding 12h, 16h, 20h, 24h, mold removal comparison test can be seen, with the delay in the removal of the mold time, mold removal caused by the concrete road surface damage gradually reduced to 24h, to get a good quality of finished concrete, no obvious this is 60% shorter than the specification requirement of 60h, which shows that early demoulding is completely feasible and greatly improves the efficiency of the use of the formwork and saves the turnaround time. 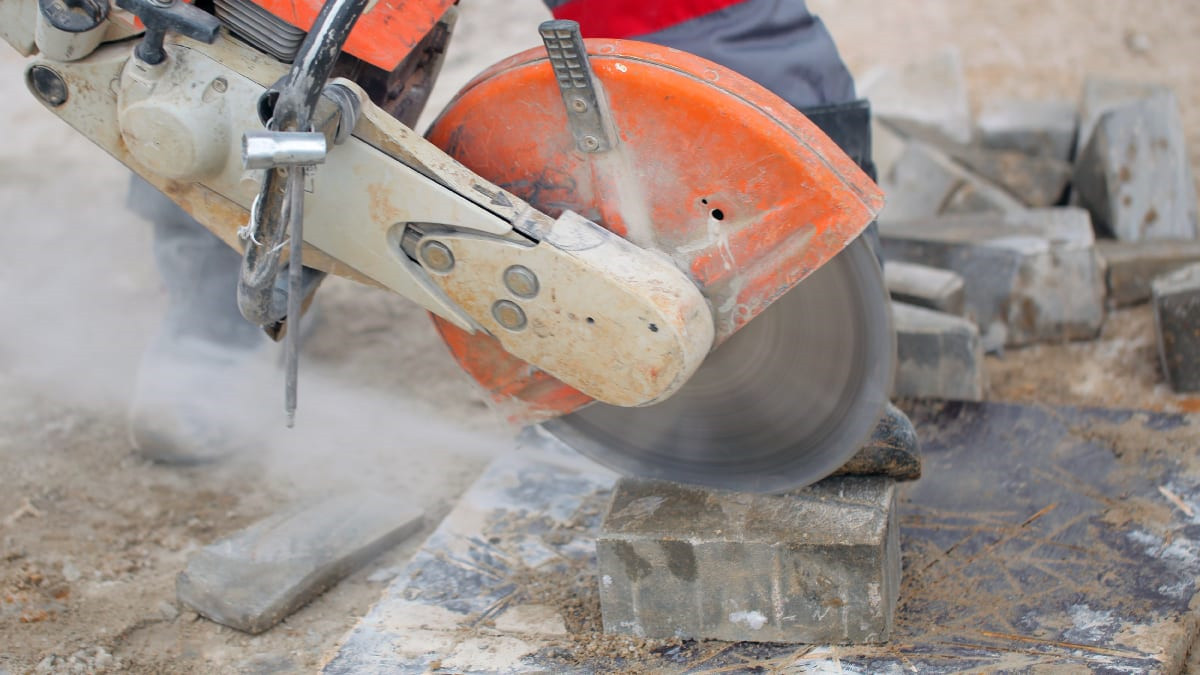 (2). Before demoulding, remove the mortar, stones and other debris around the formwork, demolish and move in parallel, no hard smashing, hard prying and brutal construction.

(3). Set the template of the tie joints, straighten the reinforcement before demolition, and clean up the holes.

(4). After demoulding, the concrete slab side walls should be painted with asphalt protective layer in time.

(5). In order to ensure the strength of concrete in advance of demoulding, concrete pouring time should be controlled, generally from the early morning to start pouring, to the temperature gradually high that is completed when sealing.

(6). For a small number of falling edges, falling corners parts, must be dealt with in time after the demoulding.

Cement concrete road panel should cut joints at the right time. Cut the seam too early, the early strength of concrete is low, the seam edge seam corner is easy to be damaged by the seam cutter blade, resulting in falling off the edge and corner; cut the seam too late, the concrete strength is too high, the seam cutter cut difficult, can not well ensure straightness, and blade wear aggravated, resulting in waste, more serious is the concrete slab will produce shrinkage cracks. So it is very important to choose the timing of cutting joints scientifically, too early and too late are not conducive to concrete construction. According to the specification: Gravel concrete should be cut when the compressive strength reaches 9mpa.

On october 18, samples were taken on site and 6 groups of simultaneous specimens were prepared in the test room. For the convenience of test compression, the mold was dismantled at 16h and maintained at a constant temperature of 20℃, and the compressive tests were selected at 18h, 24h and 48h. The average strengths of the concrete specimens at 18h, 24h and 48h were 8.3mpa, 10.3mpa and 14.4mpa, respectively. As super-dry concrete was used in this project, the the strengths at the same age were higher than those of ordinary concrete.

The strength of the specimens can meet the requirements of cutting joints when they are prepared for 18~24h, if the curing time is too long, the concrete strength will increase significantly, which is not conducive to the construction of cutting joints and prone to hidden engineering problems. 24h cutting joints, the false joints are straight, uniform and fracture naturally, and the force conditions are good; 48h cutting joints, the concrete strength increases, the blade of the cutting machine does not run smoothly, and the operator at the end of the plate is prone to slight shaking of the machine due to the sudden decrease of the eating force. The machine is prone to slight shaking due to the sudden reduction of the force, instead, the phenomenon of falling off the edge appears, and the lower part of the fracture is premature, with a certain amount of deviation from the false seam, and the force conditions are reduced.

(1). The time of cutting joints for concrete road panel of filled bins is 18h, not too late.

(2). The concrete of independent bin is restrained by steel formwork, which reduces the risk of irregularly broken slab, and the time of cutting joints can be appropriately delayed to about 24h, and the joints can be cut immediately after the demoulding.

(3). The construction of cutting joints should be completed in one time for the whole section (transverse) to prevent the phenomenon of falling corners.

(4). The cement slurry inside the seam should be cleaned immediately after the construction of the cut joints and covered with geotextile for early regeneration. 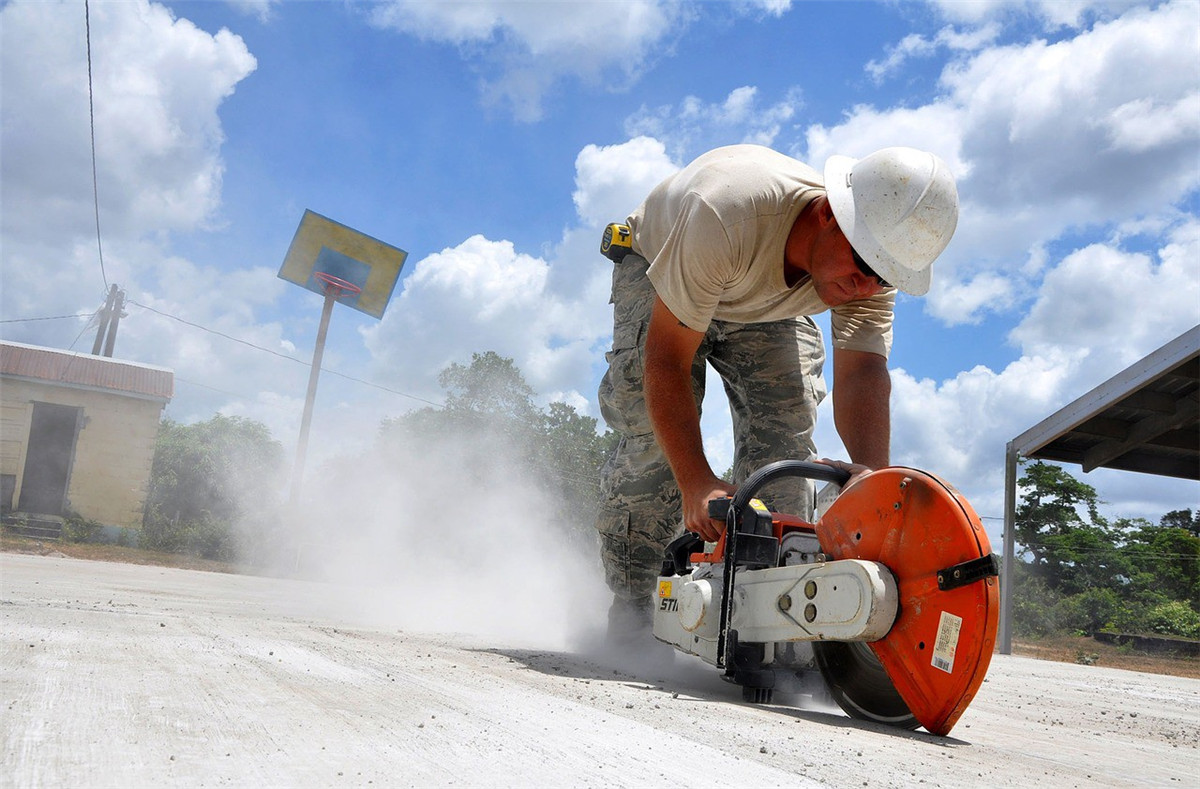 (1). Through the field comparison test, it is determined that the demoulding time of cement concrete road surface construction can be advanced to 24h, which is 60% shorter than the specification requirement, and improves the construction efficiency while ensuring the project quality.