Cement concrete pavements are widely used and have played a great role in the national economic construction and sustainable development. In use, it is also found that a considerable part of the pavement has different degrees of cracking, broken plate, subsidence, misplaced platform and other structural diseases , especially transverse cracks (regular and irregular) in the pavement, which not only bring great difficulties to maintenance and repair, but also seriously affect the function and life of the pavement, and become a technical difficulty that restricts the development of cement concrete pavement. In this paper, combined with the actual yueqing mountain old company line highway reconstruction project, focusing on cement concrete pavement transverse random cracking hazards, causes and prevention measures to be explored, in order to benefit the future road construction. 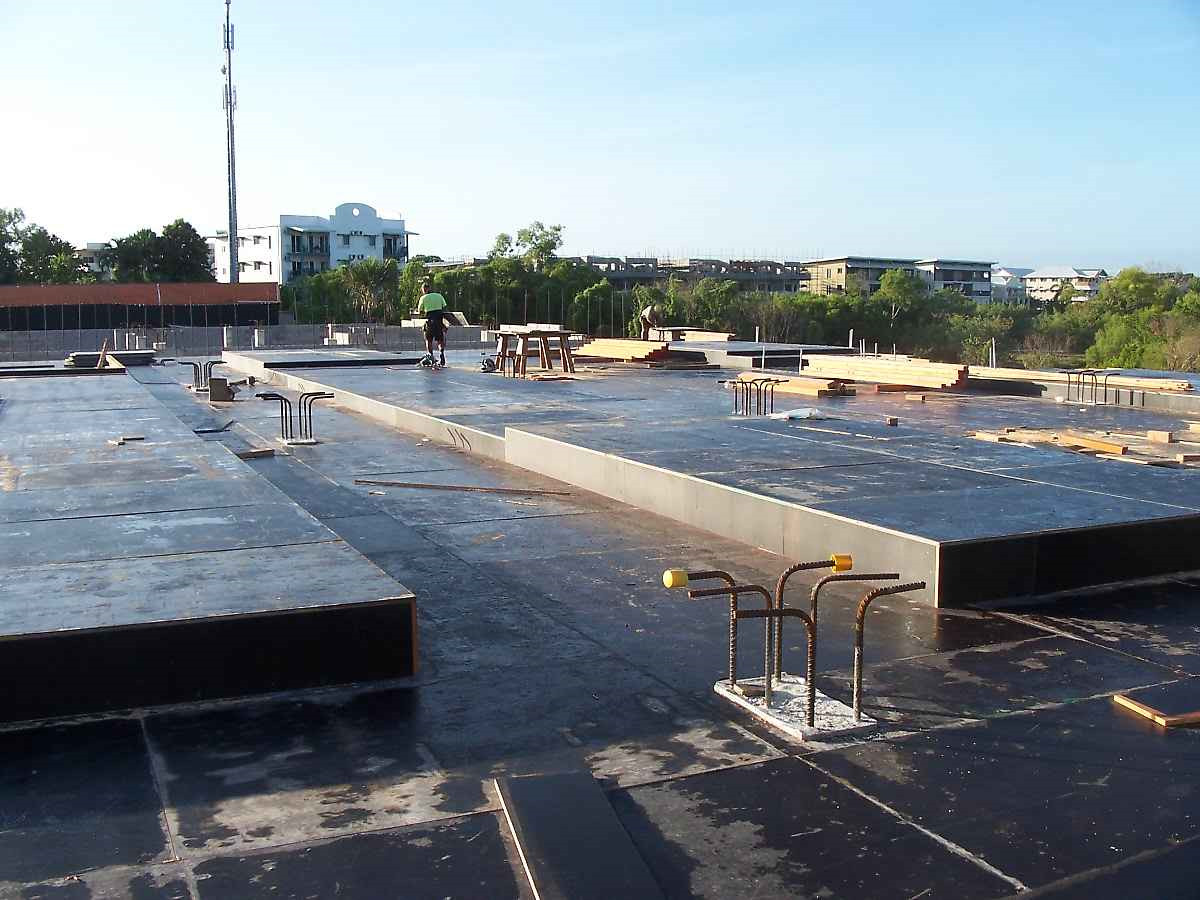 Transverse random cracks on the cement concrete pavement structure is extremely harmful, resulting in direct infiltration of rainwater, under the action of traffic load, the internal formation of high-pressure water, continuous infiltration, scouring, erosion, so that the concrete slab under the plate dehollow, cracks plus giant, and finally caused the concrete plate overall fracture and loss of bearing capacity and use of function, endangering the safety of traffic.

Transverse Random Cracks To Explore The Cause

The causes of transverse random cracks in cement concrete pavement are many, and according to the relevant information at home and abroad, it is roughly considered to be related to concrete dry shrinkage (plastic shrinkage), cold shrinkage (cooling shrinkage), construction quality, boundary impact and other factors.

Cement concrete road panels in the hardening process, due to the gradual evaporation of water, panel volume contraction generated by dry shrinkage, its linear shrinkage index of 1.0 ~ 2.0 × 10-4, that is, 0.1 ~ 0.2mm per meter shrinkage; and temperature changes generated by the linear expansion and contraction index of 1.0 × 10-5, that is, the temperature per 1.0 ℃ rise and fall, 0.01mm per meter deformation. The former in the cement concrete panel hardening process the former occurs in the hardening process of cement concrete panels, and the latter occurs in the whole process of hardening and after hardening. When the sudden change in temperature, such as summer night rain, winter day and night temperature difference, coupled with the impact of wind, concrete surface moisture evaporation accelerated, especially when the temperature rise and fall of more than 10 ℃, panel hardening, dry shrinkage and temperature changes in the superposition of expansion and contraction, concrete panels such as not timely demoulding, regeneration, cutting joints, resulting in cracks broken plate is inevitable.

Cement concrete has thermal expansion and contraction properties. Thermal expansion belongs to the compression deformation, while cold shrinkage belongs to the tensile deformation, tensile deformation is very easy to cause concrete structure cracking. Concrete tensile strength is only 1/8 to 1/7 of the compressive strength, about 4.3 to 5.0 mpa, when the external concrete slab subjected to tensile stress once exceeded the ultimate strength of concrete at that time, the slab will produce transverse random cracks.

This leads to the road panel to produce transverse random cracks in more locations, the reason for this is mainly the grass-roots elevation control is not strict so that the concrete panel thickness is not uniform. According to the site investigation, the thickest concrete panel 26 ~ 27cm, the thinnest only 21 ~ 22cm, designed for 25cm. Too thin or thick and thin junction of stress concentration and the formation of weak sections, in the concrete shrinkage is difficult to withstand the tensile stress and lead to random cracking; in addition, the depth of the shrinkage joints cut with the seam cutter is generally only 4.5 ~ 5.5cm, and the location of the shrinkage joints during construction may is very thick at the plate, because the strength of the concrete panel cross-section weakened enough, cracking will not occur in the location of the cut plate joints, but in the location of the weak strength of the concrete plate, thus forming random cracks.

Concrete transverse shrinkage is very sensitive to the early strength of concrete, in the actual construction if due to machine failure or operator cutting time mastering inaccurate (not timely) or cutting depth is not enough, will cause the concentration of stress in the concrete, the weakness in the concrete often form transverse random penetration cracks.

Concrete maintenance is extremely important for its early strength growth and prevent shrinkage cracks. The actual construction site personnel are basically natural maintenance, so that the surface of the concrete occurred in a number of irregular small cracks.

Due to insufficient concrete strength and prematurely open traffic, the resulting load stress leads to transverse random cracks in the road panel. 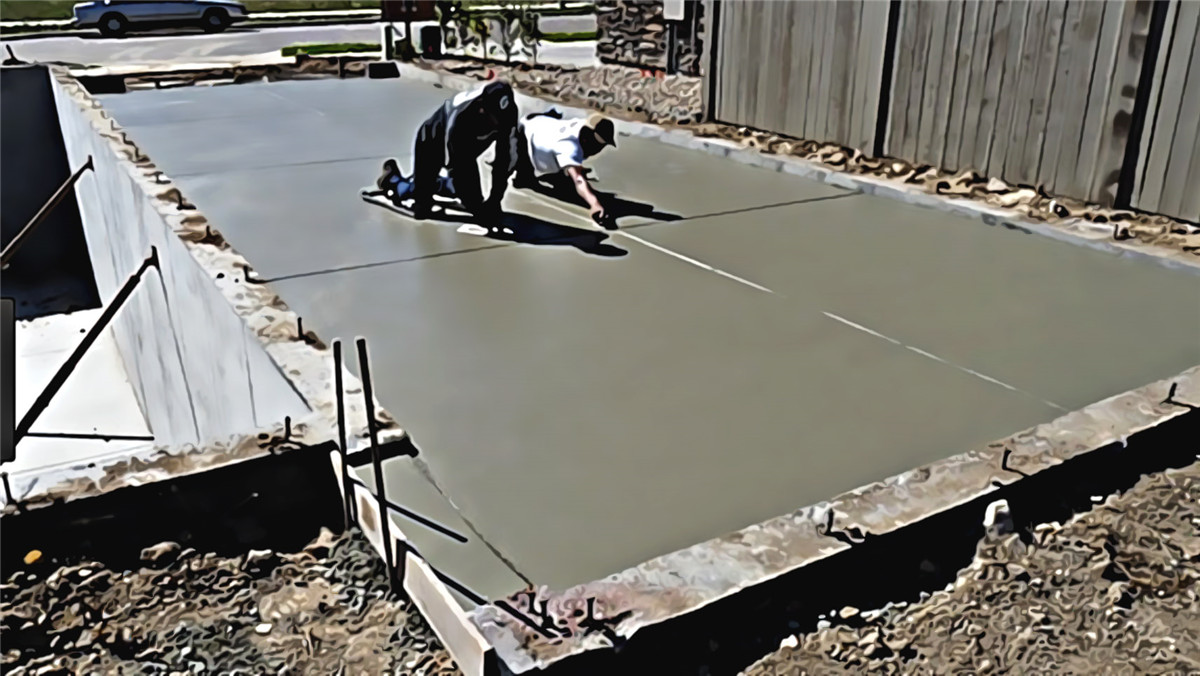 The effect of setting ties for longitudinal shrinkage joints

(3) if the grass-roots stabilization layer has cracked, the grass-roots level on both sides of the crack shrinks when the temperature drops, due to the role of friction, the same will also drive the above initial concrete panel cracking.