What Should I Do With The Bridge Expansion Joints(1)

What Should I Do With The Bridge Expansion Joints(1) 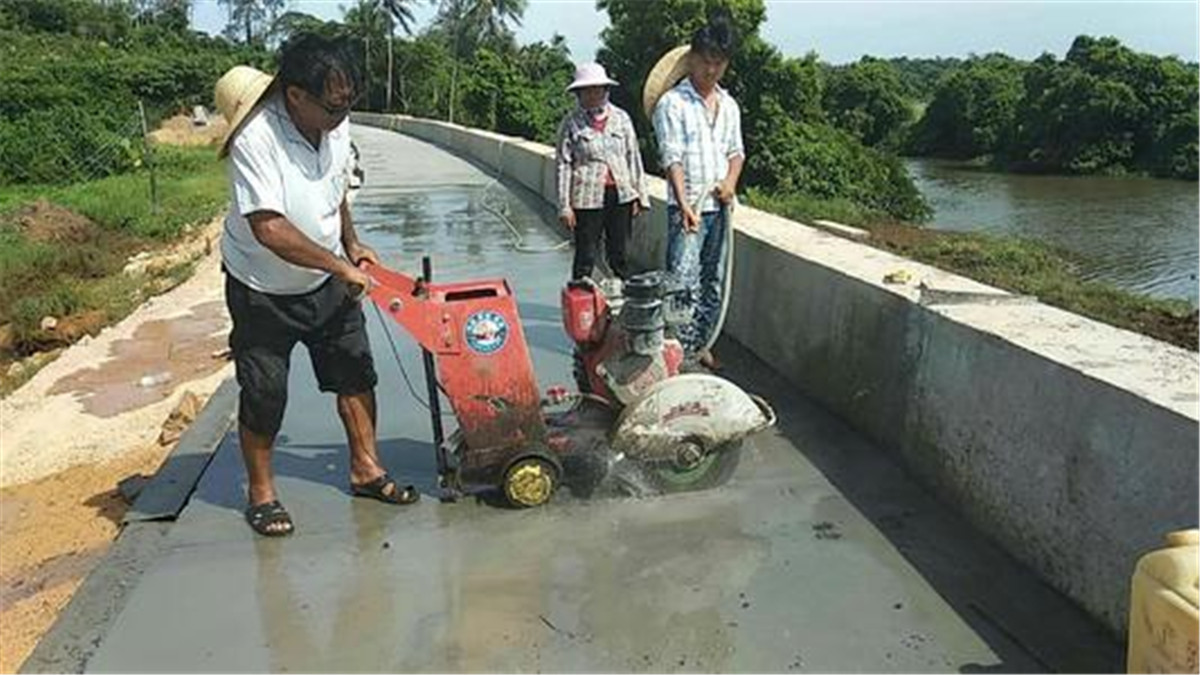 In order to meet the requirements of the bridge deck deformation, expansion joints are usually installed between the two beam ends, between the beam end and the bridge abutment or the articulated position of the bridge. The expansion joints are required in parallel and perpendicular to the bridge axis in both directions, free expansion and expansion, strong and reliable, and should be smooth and no sudden jump and noise when the vehicle is running through; to prevent the infiltration of rainwater and garbage and soil blocking; easy and convenient installation, inspection, maintenance and elimination of dirt. In the installation of expansion joints, the railings and bridge deck pavement should be disconnected.

The role of the bridge expansion joint: Is to adjust the vehicle load and bridge construction materials caused by the displacement of the superstructure between the connection. If the expansion joint of an inclined bridge is damaged, it will seriously affect the speed, comfort and safety of the traffic, and even cause traffic safety accidents.

Ensure free expansion and contraction of the beam

Bridge expansion joints are exposed to the atmosphere for a long time, the use of the environment is harsh, is the most vulnerable and difficult to repair the bridge structure. Damage to the bridge expansion joints may cause a large vehicle impact load, worsening traffic conditions, which will lead to jumping, noise, water leakage, affecting traffic safety and drastically reduce the service life of the bridge.

Expansion and contraction is impeded, or the top of the pier is bad, or there is increased force in the beam.

Gqf is the code of expansion joint device specified in the traffic industry standard.

The number indicates the movement of the expansion joint: 0-1200mm.

The main features of this kind of expansion joint are: ① it can adapt to the expansion deformation of the upper structure of the bridge and a small amount of rotational deformation; ② the bridge deck pavement to form a continuum, driving without impact, vibration, driving comfort; ③ the expansion joint itself to form multiple waterproof structure, good waterproof; ④ in cold areas, easy to mechanized snow removal maintenance, not to damage the joints; ⑤ simple construction, easy to repair and replace . This type of expansion joint is usually constructed by cutting the pavement with a cutter after construction of the pavement (bridge deck) and injecting joint material into the groove, and is only suitable for small expansion areas (generally <40mm).

Seamless expansion joint bonding material installed in strict accordance with workmanship requirements has a lifespan of about twice that of a typical modified asphalt pavement.

Tst bonding material usually does not become brittle at -40°c and does not flow in the summer when the temperature reaches 80°c. It can be used throughout the country. It can be used normally throughout the country. Tst is a special high viscosity elastomeric plastic material, which is elastomeric at room temperature, and can be hot-filled with gravel after melting at high temperature, and can be shaped like asphalt concrete after shaping, which can bear vehicle load and has elasticity, and can replace the function of small expansion joints. The construction is convenient and can be opened to traffic after the pavement is cooled down. When the expansion joint needs to be replaced, it can be constructed halfway. No interruption of traffic in busy traffic sections.

The main features of this type of expansion joint are: ① low cost; ② the required materials are easy to process; ③ simple construction; this type is generally suitable for the expansion capacity of 40mm bridge, due to poor durability, waterproof, short service life, has been rarely used.

The structure principle is that the rubber products with different shapes are embedded with different shapes of steel components, and then the anchoring system anchors them to the beam or bridge back wall at the joints, and the support for the wheels is provided by the profiled steel, and the rubber strip and rubber belt are used to absorb the deformation of the beam end. It can also be in the tensile state. This is a widely used expansion joint in the domestic highway and bridge construction, the common ones are w type, sw type, m type, pg type and so on.

This kind of expansion joint is suitable for the bridge structure whose expansion capacity is less than 80mm, i.e. The joint width is 20mm and 80mm.

The main features of this type of expansion joint are: ① simple structure, clear force and low cost; ② the main components of the expansion joint are processed by the manufacturer and installed at the construction site, the connection with the beam end is usually welded by steel, so the structure is reliable and the construction quality is easy to ensure; ③ good durability; ④ good anti-drainage performance; ⑤ good driving comfort.

The two design principles of maurer expansion joint are “Rigid anchorage” And “Sealing and waterproofing”.

One of the features of the maurer expansion joints is that the neoprene seals are effectively embedded in the grooves of the side beams, ensuring complete waterproofing. At the same time, they can be replaced on the bridge deck with a simple tool or repaired by vulcanization. Protected by the side girders, the seal is not subjected to direct rolling by the wheels, and its “V” Structure removes sediment on its own. The seal is both tensile and capable of lateral and vertical movement. In contrast, a leaky expansion joint will cause some damage to the bridge structure.

The main features of this type of expansion joint are.

Such expansion joints are suitable for bridges with expansion capacity greater than 40mm, but the application range is not very wide due to its high cost. 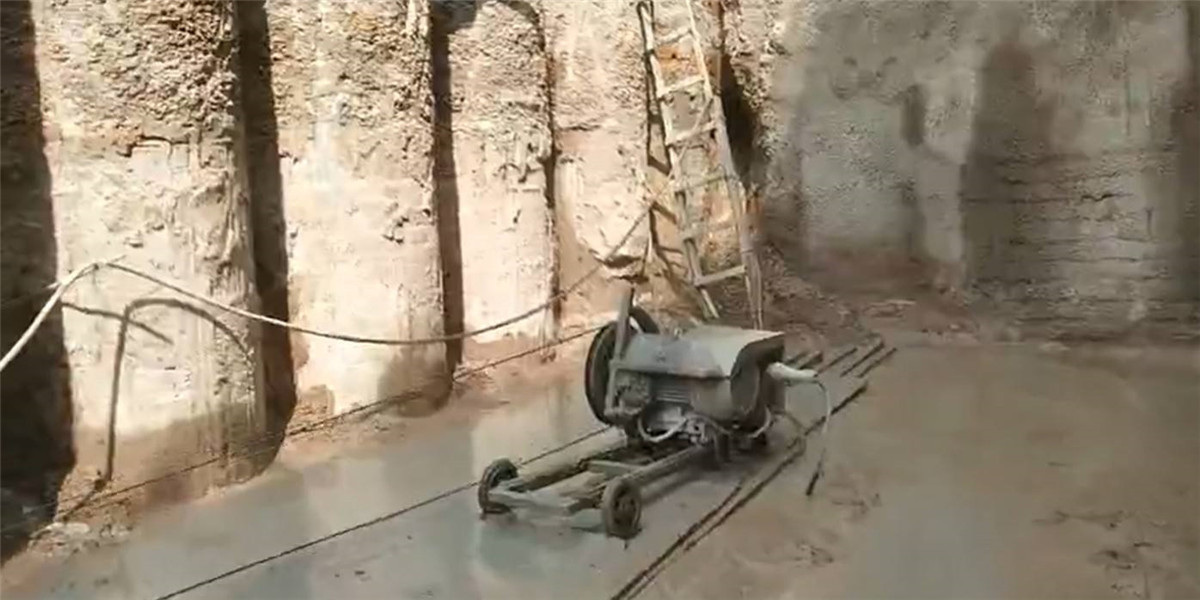 The rubber plate expansion joint takes full advantage of the low shear modulus of the rubber material, with load-bearing and anchoring steel plates and bolt holes in the rubber body, and is connected to the beam end by bolts. This structure relies on the shear deformation of the rubber body between the upper and lower grooves to absorb the expansion and displacement of the beam, and the steel plate embedded in the rubber body spans the gap between the beam ends to bear the wheel load. This device is used earlier in china, and there are more manufacturers in the country, with different names, mainly used in the 80s and 90s of the last century. The rubber plate expansion joint has the advantages of simple structure, easy installation and economic application. It is mainly suitable for highway bridges with the expansion capacity of 30mm and 60mm, which is more widely used in china.

Therefore, when selecting the rubber plate expansion joint, the deformation affluence should not be less than 30mm to ensure the normal use of the joint.

Modular bridge expansion joint is composed of longitudinal beam (profiled steel), cross beam, displacement control box, rubber sealing belt and other components of the expansion joint. The rubber sealing strip (belt) with v section or other cross-sectional shape is embedded in the side beam and middle beam to form a retractable sealing body, the profiled steel directly bears the wheel load and transmits the load to the cross beam, which transmits the load to the beam body and bridge abutment; the displacement control box ensures the clearance between the profiled steel remains even when the deformation of the beam end is absorbed by the expansion device; the rubber sealing belt prevents the entry of debris and waterproofs. The modulus expansion joint can be used to increase the number of middle beam steel and sealing body according to the actual expansion requirement, which can form the expansion joint to meet the large movement. From 8omm single seam to 12oomm multi-seam, there are 15 levels.

However, due to the complex structure of the expansion joint, maintenance and replacement require professional technicians, and the high cost, it is generally only used for large bridges with high grade.